Your Hometown Team of Caring Professionals

Peter Hay Knife was established in 1882 by Peter Hay, Peter came to Canada from Scotland in 1861. The company was founded as an industrial and agricultural knife manufacturer. In order to fulfill customer needs and requirements, we have expanded and evolved over the years into a modern machine shop.

We are committed to providing competitive prices and on-time delivery without ever sacrificing superior quality and service. We are one of the leading manufacturers of shredder knives in North America, and we service a variety of other industries as well. Please contact our office to discuss your custom machining and maintenance needs. 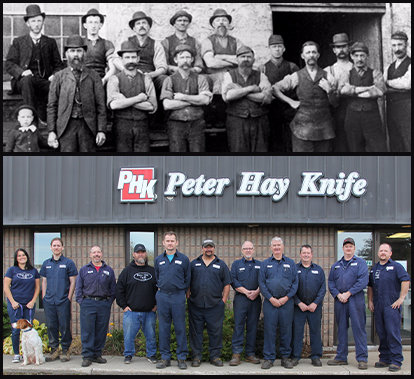